6 year old Heidi is nearly half way through her 603 mile walk to raise money for dementia research.

Heidi, who enjoys learning about the history, culture and people of the towns she visits virtually during her walk, is nearly halfway through her challenge having clocked up around 250 miles of her 603-mile target. She has raised more than £6,000 for Alzheimer’s Research UK.

Heidi’s uncle Ian was diagnosed with Alzheimer’s disease last year, so this gave her the desire to want to help people like him.

You can keep track of Heidi’s progress in her challenge by following on Twitter. Simon McDermott, Alzheimer’s Research UK’s Regional Fundraising Officer for the North West, said: “We are in awe of Heidi for taking on her epic challenge to raise funds for dementia research.

“The vital funds raised will help us power world-class studies to make life-changing breakthroughs for people with dementia, like her great uncle Ian.

“There are nearly 1 million people throughout the UK living with dementia. In the UK today, there are no treatments to stop or slow the diseases that cause dementia, but with support from amazing supporters like Heidi, our researchers are working hard to change that.”

Residents get visit from two penguins after gloomy covid lockdowns

When head of activities at Richmond Villages Witney, Joanna Cambrey thought of a great way to make people living in the Oxfordshire retirement community smile, they contacted the nearest zoo, who were happy to help.

The keepers from Heythrop Zoological Gardens in nearby Chipping Norton brought Humboldt penguins Charlie, 25, and younger pal Groot to visit as part of the retirement village’s animal therapy programme.

Treating residents to a screening of penguin movie Happy Feet in the morning no one cottoned on that their VIP guests would be two of the fabulous aquatic birds.

Recalling the moment when the adorable pair waddled into the residents’ lounge, Joanna, who lives in Witney with her daughter Megan, 21 said: “It was really amazing.

“We have all sorts of animal therapy at Richmond Villages, but penguin therapy is a first.”

She added: “The residents were so happy. It was a fantastic day.”

Joanna, who has worked at the retirement village since it opened in November 2016, organises a variety of activities to enhance all aspects of the residents’ lives.

She added: “I think there are around 200 residents living here and we organise events for everything.

“We do quizzes, themed dinners, I’ve even organised wine and gin tasting evenings that have always gone down very well.

“We also do a lot of animal therapy with dogs and even had real reindeer visit one Christmas, as it helps a lot of residents with mental and physical ailments.”

After getting the go ahead from the care home manager, Joanna excitedly rang the zoo asking if she could borrow some penguins for the day – and, to her surprise, they agreed.

“It all happened very quickly,” she explained.

“I phoned Heythrop Zoological Gardens and they were absolutely amazing. They said they would love to help.

“It was so easy to organise, we just booked a date and along they came.”

So, on 12 October – 12 days on from hatching the idea – after watching Happy Feet and eating Penguin biscuits, the residents could not believe their eyes when two real penguins waddled out of the lift.

“We played Happy Feet in the morning and gave out Penguin biscuits, but no one guessed who our VIP guests were,” laughed Joanna.

“Some people thought it would be Boris or the Queen, but luckily no one picked up on the hint.” 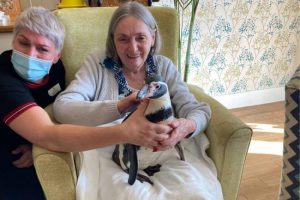 She added: “When Charlie and Groot waddled out of the lift the transformation in the residents was amazing. Their faces were incredible.

“One said she never thought she would hold a real penguin – then Charlie ended up sitting right on her lap!”

And the penguins took to the limelight like ducks to water.

“They weren’t shy at all,” laughed Joanna. 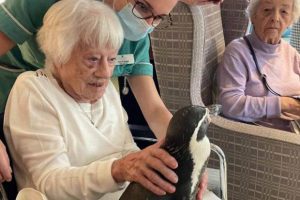 “Charlie was really confident. He’s an old guy himself at 25. He was very happy sitting on people’s laps and waddling up and down the corridor.

“Groot was a little more shy.  He started pecking at people’s fingers if they got a little close. But one of the residents had an amazing idea to start waving a scarf to grab his attention.”

She added: “He went right over and was mesmerised by it. They really settled in and the care home was buzzing with excitement.”

While she thought the penguins were tremendous, it was the joy they brought to the residents that really warmed Joanna’s heart.

“It was really incredible to see the change,” she said.

She added: “Residents who are normally shy and don’t join in got really into the penguins. They started to come out of their shells and really interact.”

happy with the success of the day, she is adamant there will be a sequel to the penguins’ visit.

The community piano in the heart of Bicester has been repaired after it was vandalised.

Local artist Casimira Mostyn spent 50 hours painting the instrument with the Bicester Festival theme, of ‘Sea Change’. It has a sea scene from ‘The Owl and the Pussycat’ on the bottom and on the upper half a tree, decorated with different birds.

The piano is free for anyone to use with children and adults alike, it sits outside Bicester Ex Services Club in Pioneer Square in the town centre.

The piano has been broken twice since, which has greatly disappointed residents.

He said: “I was a bit disappointed but was always aware that it could be vandalised. However, it only took three or four hours to fix, and is still functioning okay.

“Since then, it is more disappointing with another attack on it on Sunday night. Given the joy and a bit of colour to the town I am not unduly put off continuing to maintain this lovely piano.

“I have been overwhelmed by the support and positive comments on social media, it really is most heart-warming.”

Casimira says that despite the damage, the piano is a great way to bring the community together. 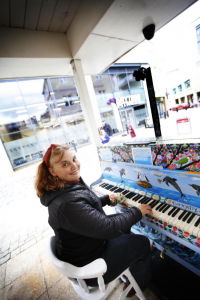 She said: “Until the street piano was vandalised, I had not realised just how much the people of Bicester love and use it. Both children and adults are loving the opportunity to play it. I have had such lovely comments regarding the piano and how much they love the artwork as it’s fun and cheerful. 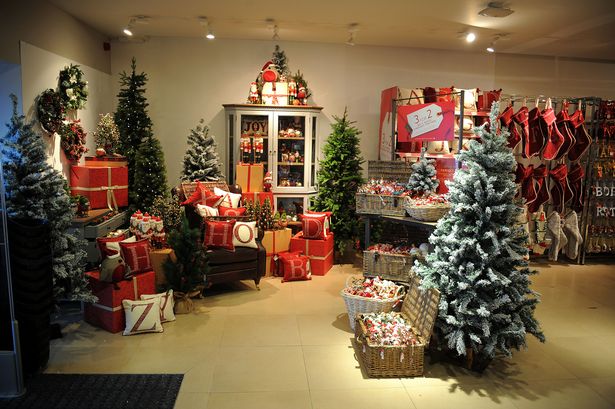 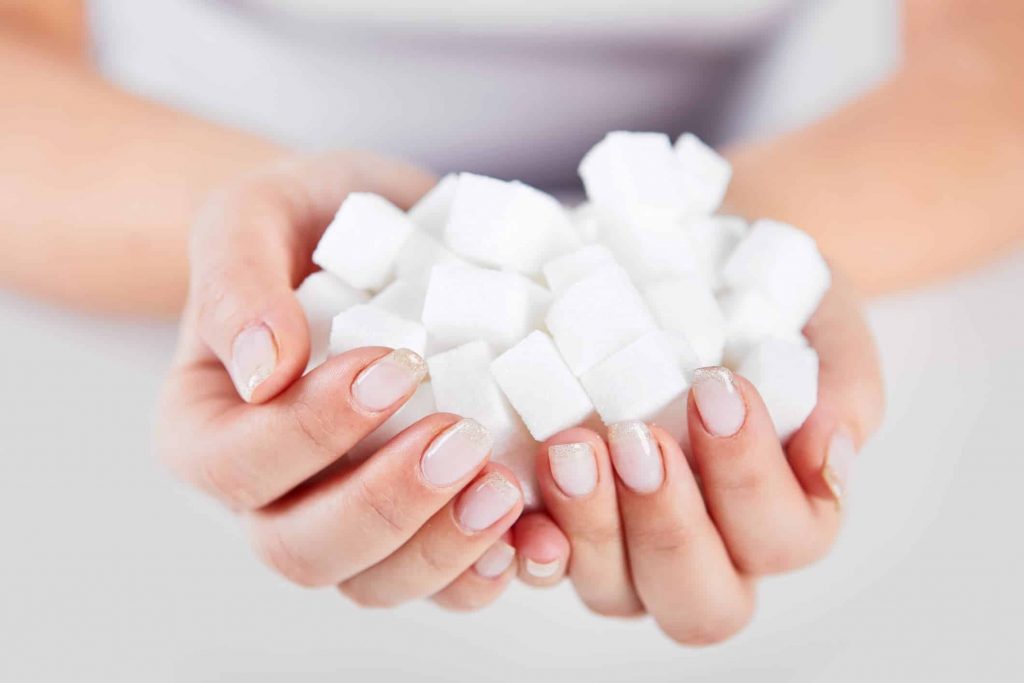