Pfizer said the request “is an important step in our ongoing effort against #COVID19.

Pfizer and BioNTech announced Thursday that they had submitted an emergency request to the U.S. Food and Drug Administration for authorization of the companies’ two-dose Covid-19 vaccine in children ages 5 to 11.

“With new cases in children in the U.S. continuing to be at a high level, this submission is an important step in our ongoing effort against #COVID19,” Pfizer tweeted. “We’re committed to working with the FDA with the ultimate goal of helping protect children against this serious public health threat.”

An FDA advisory committee plans to meet to discuss authorization on Oct. 26.

Pfizer and BioNTech’s Covid vaccine would be the first authorized for use in children under 12 in the United States.The companies said last month that the vaccine was safe in children 5 to 11 and showed a “robust” antibody response based on data collected in a trial that included more than 2,000 children.

During the trial, children were given two smaller doses than those given to people who are 12 and older. Pfizer and BioNTech said the shots produced antibody responses and side effects that were comparable to those seen in a similar study of people 16 to 25 who received the full dose of the vaccine.

Pfizer first applied for emergency use authorization for its vaccine for adults last November. The FDA in August granted full approval to the vaccine for people ages 16 and older, becoming the first vaccine against the coronavirus to pass this final regulatory hurdle.

The vaccine is currently given to 12- to 15-year-olds under the FDA’s emergency use authorization.

The request for emergency use authorization in the younger age group comes as the highly contagious delta variant has led to children making up an increasing share of new Covid cases — in part because young children still are not eligible for vaccines.

Since the start of the pandemic, nearly 5.9 million children have tested positive for the virus, according to the American Academy of Pediatrics.

It is not clear when exactly the shots could become available to the younger age group, although a ruling is expected by late November, if not sooner, the Associated Press reported.

And while many parents are eager to protect the youngest members of their families, not all are ready to get them vaccinated.

While kids generally get significantly less ill from the coronavirus than adults do, in very rare instances, there can be severe or fatal pediatric cases.

According to data by the Centers for Disease Control and Prevention, more than 186 million Americans have been fully vaccinated. 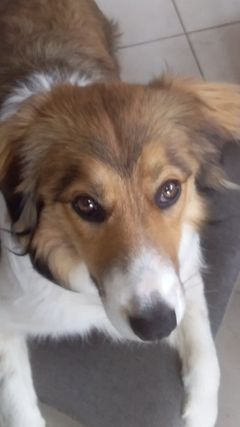