Prosecutors have charged a man with the murder of Conservative MP Sir David Amess and the preparation of terrorist acts.

Ali Harbi Ali, 25, was charged with murder over Amess’s death last Friday in Leigh-on-Sea in Essex, as part of an investigation led by Scotland Yard’s counter-terrorism command. 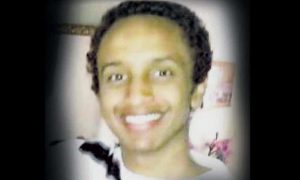 The Crown Prosecution Service said it would argue to the court that the murder had “a terrorist connection, namely that it had both religious and ideological motivations”.

Amess, 69, was the MP for Southend West and was repeatedly stabbed just after midday on Friday 15 October during a surgery for his constituents.

He died in the church where the surgery was being held after being attacked by a person who police said they believed was acting alone.

A British national was arrested at the scene and a knife recovered, police said. They added that they were not seeking anyone else in connection with the attack.

Announcing the charges against Ali, who is from north London, Nick Price, the head of the CPS special crime and counter-terrorism division, said: “We will submit to the court that this murder has a terrorist connection, namely that it had both religious and ideological motivations.

“He has also been charged with the preparation of terrorist acts. This follows a review of the evidence gathered by the Metropolitan police in its investigation.”

Amess’s killing sparked shock and outrage as well as a review of security for MPs.

The assistant commissioner Matt Jukes, who leads Scotland Yard’s counter-terrorism command, said: “I want to send my deepest condolences to the family, friends and colleagues of Sir David Amess, who died so tragically last Friday.

“Sir David’s dedication to his family, his constituents and his community, and his positive impact on the lives of so many has shone through.

“Today’s charge is a significant milestone in the case, but the work from my colleagues in the Met’s counter-terrorism command will continue apace.

“There has been considerable speculation in the media about the background, history and motivation of the man now charged.

“I understand the huge level of public interest in this case, but now a charge has been brought, it is vitally important that everyone exercises restraint when commenting on it publicly, to ensure future court proceedings are not prejudiced in any way.”

The CPS added: “The function of the CPS is not to decide whether a person is guilty of a criminal offence, but to make fair, independent and objective assessments about whether it is appropriate to present charges for a criminal court to consider.

“The CPS assessment of any case is not in any sense a finding of, or implication of, any guilt or criminal conduct. It is not a finding of fact, which can only be made by a court, but rather an assessment of what it might be possible to prove to a court, in accordance with the code for crown prosecutors.

“Some offences, including murder, can be classed as having ‘a terrorist connection’ to ensure the criminal charges properly reflect the conduct concerned.

“In these cases the individuals have had political, religious racial and/or ideological motivations behind their crime.”

Amess’s family visited Belfairs methodist church in Leigh-on-Sea, where the veteran MP of 38 years’ service was attacked and died.

In a tribute his family said: “We are enormously proud of him. Our hearts are shattered. However, there was still so much David wanted to do – this we know from the events of the last few days.”

They also called for less rancour and more unity in society as they praised the backbencher: “Strong and courageous is an appropriate way to describe David. He was a patriot and a man of peace. So, we ask people to set aside their differences and show kindness and love to all. This is the only way forward. Set aside hatred and work towards togetherness.

“Whatever one’s race, religious or political beliefs, be tolerant and try to understand. As a family, we are trying to understand why this awful thing has occurred. Nobody should die in that way. Nobody.

“Please let some good come from this tragedy. We are absolutely broken, but we will survive and carry on for the sake of a wonderful and inspiring man.”

Ali has been in custody since last Friday with his first court appearance next Thursday.

A mother has has been charged with murdering her five-year-old son whose body was found in a river in Bridgend in July.

Angharad Williamson, 30, from Sarn, has been charged with the murder of Logan Mwangi, whose body was found in the Ogmore River near Pandy Park in Bridgend on Saturday, July 31.

Williamson will appear before Cardiff Magistrates Court on Friday, October 22. 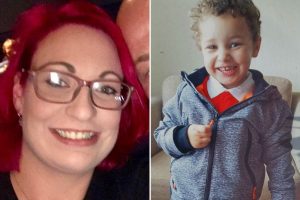 The little boy – also known as Logan Williamson – was found dead after police were called to a report of a missing child at 5.45am on July 31. He was taken to the Princess of Wales Hospital in the town where it was confirmed that he had died.

Williamson and Cole have also been charged with perverting the course of justice.

An inquest opening at Pontypridd Coroners’ Court on September 1 heard Logan was “found deceased” in a river near his home address and the alarm was raised by his parents who reported him missing.

Logan’s stepfather John Cole, 39, and a 14-year-old boy who cannot be named for legal reasons have also been charged with murder. 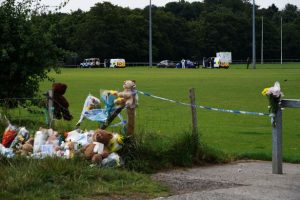 Snow is set to fall in Scotland today as temperatures drop before the country braces itself for the fallout of Storm Aurore.

Forecasters say parts of the country will see “flurries” over the next few days after Aberdeenshire was treated to one of winter’s first snowfalls last night.

It comes as the Met Office has warned of heavy rain and freezing winds to sweep in over the weekend as Storm Aurore batters the nation.

Up to 60mm of rain could fall in a 24-hour period in western Scotland and across the central belt in what will be an “unsettled weekend”.

Storm Aurore has been causing havoc in England with heavy rain and flooding, with the tail-end of the wet and windy conditions set to impact Scotland before it moves across the English Channel.

“The weekend is set to see some more persistent rain, with the heaviest rain expected in western Scotland, where 40-60mm of rain could fall in 24 hours.”

After a pleasant start to the month, temperatures have started to plummet due to an ‘unusual’ weakening in the polar vortex.

Snow could even fall by Halloween – a ‘rare’ phenomenon last seen 13 years ago in 2008.

According to meteorologists, high intensity winds and severe cold could last until November as the polar vortex goes into reverse. 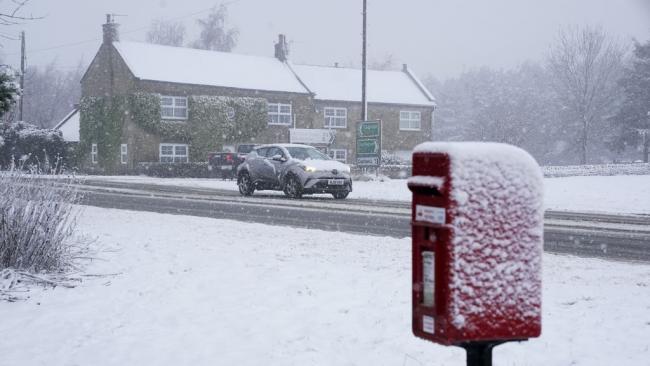