Oh look what the cat brought in, why if it isn’t 2020 all featherless, diseased, withered, weak and lifeless! This little poor birdy needs to be launched quickly and powerfully at a wooden barricade full of green pigs to end it’s suffering. It is safe to say last year was one colossal shit missile aimed at every single person and has covered us all in excrement of the smelliest order from head to toe. What an utter load of wank 2020 had been.

Where to begin. Well Australia decided to set itself alight in an attempt to evade the rest of the year causing mass destruction and devastation to thousands of innocent people. Celebrity Big Brother: Royal Edition took an interesting, unexpected turn when Meghan and Harry decided to self evict themselves much to the disgust of the other housemates. I still think Elizabeth has a real shot of winning, but she has to do something drastic like get drunk and go swimming naked with a corgi to really bring those votes in.

Well this was shaping up to be an interesting year, nothing too dramatic or drastic but standard fare global shit. Then Wuhan said, like a cosmic hooker “Hang on one second citizens of the world. I have one hell of a surprise in my wet market for you.” “Um don’t take this the wrong way, but your wet market sounds filthy, smells and full of disease so I am not going near it but thank you very much” we all say united in defiance. “Too late, that man has just entered me and eaten something real dodgy which was full of all kinds of nastiness” Wuhan says with a smirk. “Oh well, I am sure he will only get the shits and at worst vomiting. What is the worst that can happen.” the world said naively with a heartfelt chuckle.

From far off shores came news in the UK of a new virus, Covid 19 (which at first I presumed was the Chinese version of a Now CD) from somewhere that sounded like a celebration of pork sandwich filling (woooo ham). Did we care? Fuck no! We had survived swine flu and bird flu without much major incident. This was just going to be another false alarm. A footnote in an awesome year where England were going to win Euro 2020 and the Tokyo Olympics were going to dazzle us. (I literally completely forgot these events were scheduled for this year. A sporting event now for me is the dash around the supermarket whilst trying to avoid coughs and sneezes) Yep, 2020 was going to be sweet as a candy floss factory.

That was until China became a bit relaxed on a lunch break at the zoo cafe and lost the keys to the lion enclosure. Now it was out in the wild and started breeding with feral cats like a rampant rabbit. Just like that we have a mini lion pandemic on our hands people! However, these ‘lions’ were minuscule, invisible, viral and a lot more problematic then a feline. For starters, if it was an actual lion it would be a lot easier to avoid. “Holy shit there is a plainly visible lion” people would yell. I would also not have to worry that a lion was hidden on a box of cereal in Tesco or erupting from Graham’s nose at a hundred miles an hour. Likewise, we know a fair bit about lions and what makes them tick. I feel the government would send in the army with giant laser pens within a week.

Whilst the horror stories from China trickled into our news stream we treated it like an uber realistic episode of The Walking Dead. It was horrifying, yes, but it was set in a fictional, far away world from our reality. “Oh what’s that, Italy have cases? Well that is still pretty far away”. “Spain, you say? Well that might mean no mid-march stay at our holiday home but still the virus can’t exactly swim can it. So we are safe, don’t you threat.” “France! Ha! That… that actually isn’t that far away, is it?” “No, it is not Debra. Did you hear John down the road has had it”. All of sudden out comes Debra in her town crier outfit bell in hand (not entirely sure if it was for a sexual role-play before the pandemic but she’s getting her use out of it now at least) bellowing “hear thee, hear thee, the end of days are coming. Quick runneth to Tesco for toilet paper for if thee do not your ass will remain shitty for a hundred days”. What did we do? We believed the fucking moron and stormed supermarkets like we were vikings conquering a castle on Black Friday selling catapults at 50% their RRP.

So began a period of time that felt like The Hunger Games and Supermarket Sweep had a love child. I worked in a store during the early days of the pandemic, pre lockdown. The three items on everyone’s list were:

• Toilet paper- this one has become almost a cliche now. In fact if there ever is a covid 19 edition of monopoly, one of the playing pieces will be a toilet roll. This was dumb on so many levels. Covid is an illness that is not renowned for causing butt issues but more airway problems. Whilst I understand a lot of shit was being spoken by a lot of people during this time the solution was not to choke them with toilet roll (or maybe it was).

• Paracetamol- People were hoarding this shit like it was a fucking cure. Like a scientist was going to be like “fuck I just gave patient 103 paracetamol. You know he was bed bound and on a ventilator? Well he is now in the hallway twerking like a nutter and claiming his milkshake brings all the boys to the yard. Why the hell didn’t we try that before? I mean it has been sitting in our medicine cabinets all this time”. I am going to reiterate paracetamol is a painkiller and has no ability to cure anything. I had swine flu when that was kicking around and do you know how effective paracetamol was at killing my pain? It was like trying to quench a great white shark’s hunger with fucking sea monkeys.

• Flour- the whole country seemed to take up baking during this period. I don’t know if that was because there was a fear that all sweet food would run out so we needed to become self sufficient in that field or whether it was just boredom.

The real irony is the reason for food and essential shortages was because of the panic buying. If you were not buying enough toilet roll to wipe the asses of all the Premier League players for a year after a solely curry diet there would be no shortage of stock. One man who I served on a checkout complained about all the selfish, crazy people buying all the canned food but then explained to me that this is the reasoning for him buying all the canned food, therefore, also making him a crazy, selfish person. This dumb ass logic only really hurt the most vulnerable, such as the elderly, and those working long ass, dangerous shifts to look after us, the teachers, nurses, doctors and staff at hospitals and emergency services. What did all this prove? That the world is full of selfish asshats who prioritise themselves over others. Well done humanity, gold star for you. Wasn’t 2020 just peachy? We haven’t even got onto lockdown yet and the shit that followed. That is for another post though. See you all in part two.

Fear, Born of the Placenta 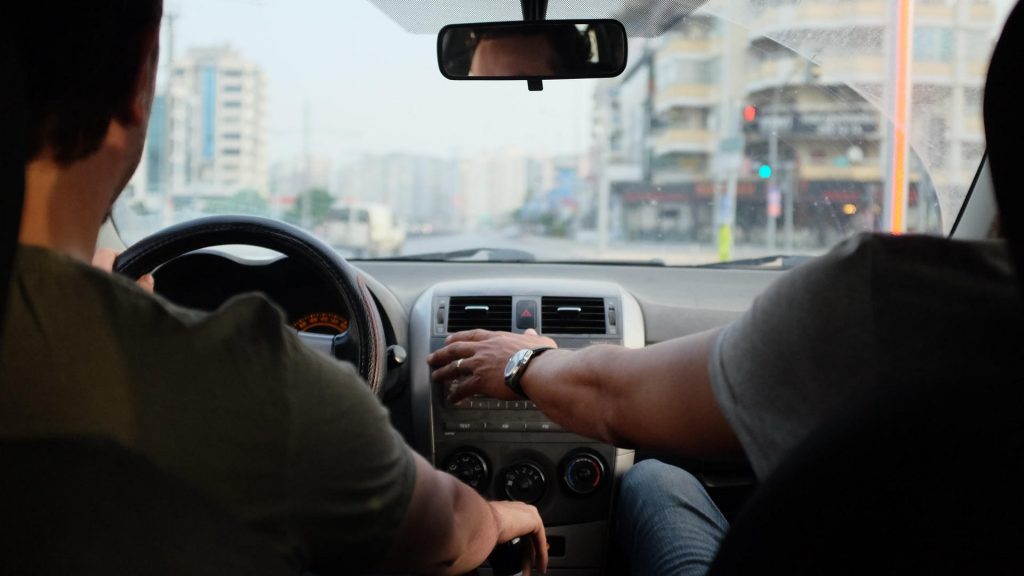